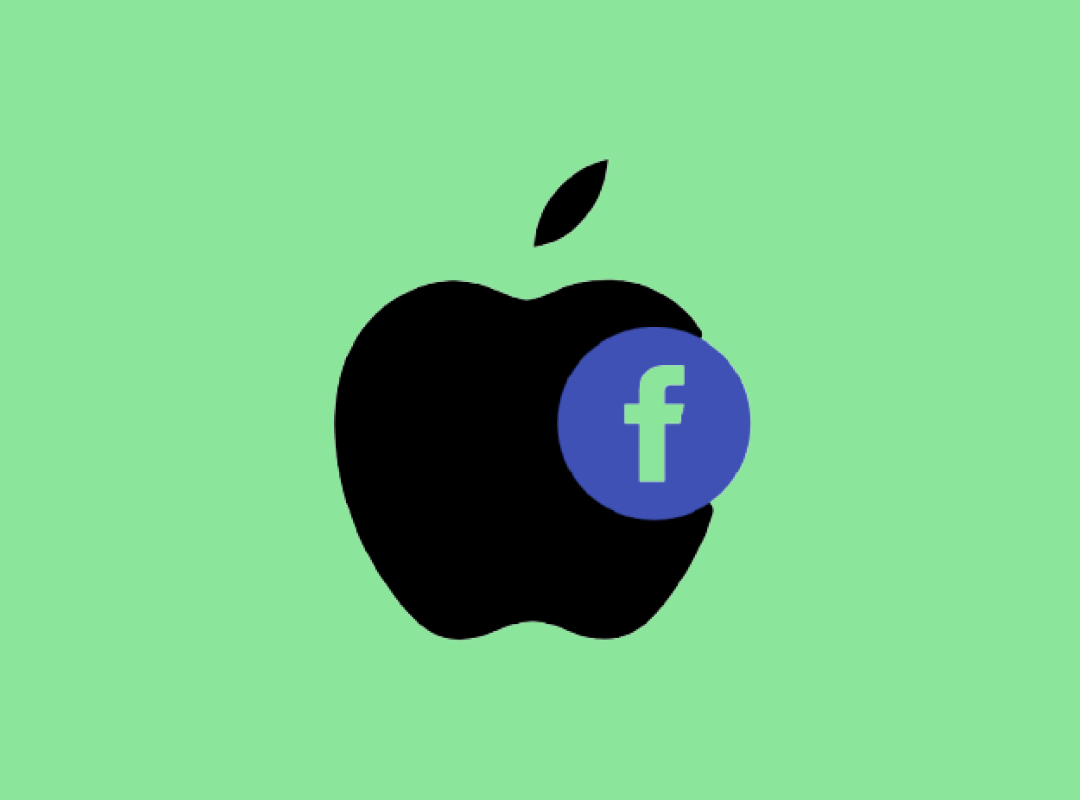 Apple vs. the Free Internet: How your digital advertising strategy may change

Apple tends to be celebrated in the news all-around for its product releases. But with its new 14.5 update for iOS, Apple has generated a fair amount of controversy throughout the ad-tech world, dividing it (at least for now) into opposing camps.

On one side, you have companies like Apple that position themselves as champions of individual privacy.  The new iOS update gives iPhone users permission to opt out of third-party apps, so that these apps can no longer track their personal device IDs, or IDFAs. In light of new digital privacy laws in Europe and California and given how some apps can track your online behavior with pretty wild persistence, you might be tempted to call it a victory for consumer privacy – and leave it at that.

But in an ecosystem as complex as the internet, things aren't always so "good" versus "bad". Apple's new 14.5 iOS update has prompted other large tech companies - led by Facebook - to come out strongly against it. Facebook's position is that too much online privacy can disrupt business on the free internet in unfortunate ways.

While Facebook has many reasons to oppose Apple (some of which probably boil down to competition between tech giants), one of their arguments is genuinely compelling, especially if you're a small- to mid-sized business. By blocking one of the traditional ways that advertisers track their users, the new iOS update threatens to reduce your ability to track the behavior of your customers and clients.

In that sense, the numbers aren't looking good.

"Without personalized ads," one full-page Facebook ad in the Wall Street Journal concludes, "Facebook data shows that the average small business advertiser stands to see a cut of over 60% in their sales for every dollar they spend."

While it's fair and healthy to greet these kinds of PR releases with skepticism, the fact remains: 60% is a huge percentage drop. Anyone who ignores that percentage does so at their own risk.

Here’s why Apple vs. the free internet matters

If your business depends on tracking internet traffic to boost your sales and find new qualified leads, 60% isn't a number you can just brush away and continue like everything was normal.

An independent study from Hubspot finds 70% of business-to-consumer (B2C) marketers have acquired customers through Facebook. And 90% of marketers agree that Instagram (owned by Facebook) is the most effective influencer marketing tool for online consumers.

The reason Facebook and Instagram are important for businesses is because of their uncanny ability to track user behavior across different platforms, browsers, and devices. As a marketer or business owner, you  depend on Facebook knowing how to track user behavior, since Facebook ad measurement and reporting tools also inform you about which audiences to target with your latest product, service, or brand awareness campaign.

But Apple's 14.5 update threatens, in theory, to upend all that.

You might have tens of thousands of consumers who want to purchase your product or who want to watch your videos and other content… and never know it, all because those users have opted out of being tracked, making it hard for you to measure the effectiveness of your ad campaigns.

The bottom line is that Facebook and Facebook Marketplace algorithms boost traffic to your video content – and help get you paid. But if Facebook doesn’t know how audiences are engaging with your IGTV or Facebook Watch channel, you’re going to be earning less. The same might apply for other major platforms by the way. YouTube and TikTok can also be blocked from tracing users' unique device numbers as well.
‍

How to get your digital advertising back on track

When Silicon Valley giants are fighting, and you’re caught in the middle, it’s hard to know what to do. But there are workarounds that can keep your advertising strategy up to speed.

Here are some suggestions:

Raise awareness with your customers

As a brand on social media, you have a one-on-one relationship with your customers that offline advertisers can only dream of. Use that to your advantage and try the direct approach: Let your audience know about the iOS 14.5 update, and how opting out of tracking impacts your business. Let them know you respect their digital privacy – but also inform them (without being a jerk about it) that there’s another side to the privacy tracking story they may not understand: your own.

Explain to them that one person’s data privacy is another person’s lost living. Explain how you love creating content for them, but if you're unable to measure the effectiveness of your ad campaigns, the less money you can generate through advertising. That leaves you with choices you'd rather not have to choose, like raising your prices or putting once-free content behind a paywall.

It can be a tricky subject to bring up, but if you make your case honestly, and seek to educate your audience rather than “scold” them for their decisions, then chances are a large portion of your audience might well be receptive – and let you track them for the sake of quality service.

Use other software to track your audiences

Believe it or not, the world doesn't begin or end because of any single company - and that includes Apple or Facebook. By finding other e-commerce companies that have the technology and data science in place to accurately track customer engagement on your website, app, and social media footprint, you can find a workaround that works nicely for your business.

Is Facebook less effective for you these days when it comes to driving engagement or sales? Then why not check out a full range of smaller companies like Klaviyo, Yotpo or Roku, all of which have captured new business for themselves in the wake of Facebook's apparent vulnerabilities?

Another way around the Apple vs. Facebook impasse is through native advertising platforms.

You're probably already familiar with native ads (paid sponsorships, recommended content, and in-feed social ads) and how they're an effective means of boosting engagement and sales conversion when compared to simpler digital formats like banner ads. That's what Curastory does: you can sponsor native ads recorded by celebrated athletes, fitness creators and other well-known public figures. They'll tell your brand's story to their audience better than any banner ad could ever.

But that's far from all. Curastory's native video ads can also help you track and measure your audiences across different platforms and screens effectively - all while bypassing "Apple versus free internet" drama.

Because Curastory creators have already opted in for their audience to be tracked for your ad spot, you're able to get a perfect picture of what your return on ad-spend (ROAS) within video shows across the internet are... without relying on a single giant tech platform to track it all for you.

Privacy concerns aren't something you need to worry about, because the creator has already opted out of them. You'll still be able to track your conversions through Curastory’s return on ad spend (ROAS) algorithm, which pulls your sales conversions from Facebook, Google, Shopify, and other platform integrations - and then matches them with your site tracking code.

In summary... it may feel like rough seas, but you've got this

With roughly 42.7% of the world’s population already using ad blockers, there’s already more demonetization of digital advertising than ever. Apple’s shift towards privacy might be advantageous from a user-experience standpoint, but it reduces economic opportunity for businesses like yours.

As much as it feels kinda weird to be caught in the middle of a full-on "clash of the tech giants", you can find ways that let you keep your digital advertising game on sure footing. By educating your audience about privacy trackers, by adopting e-commerce tracking technologies that help measure audience engagement, and by investing in native advertising platforms that are partnered with well-respected content creators, you’ll be able to emerge from the storm high and dry. 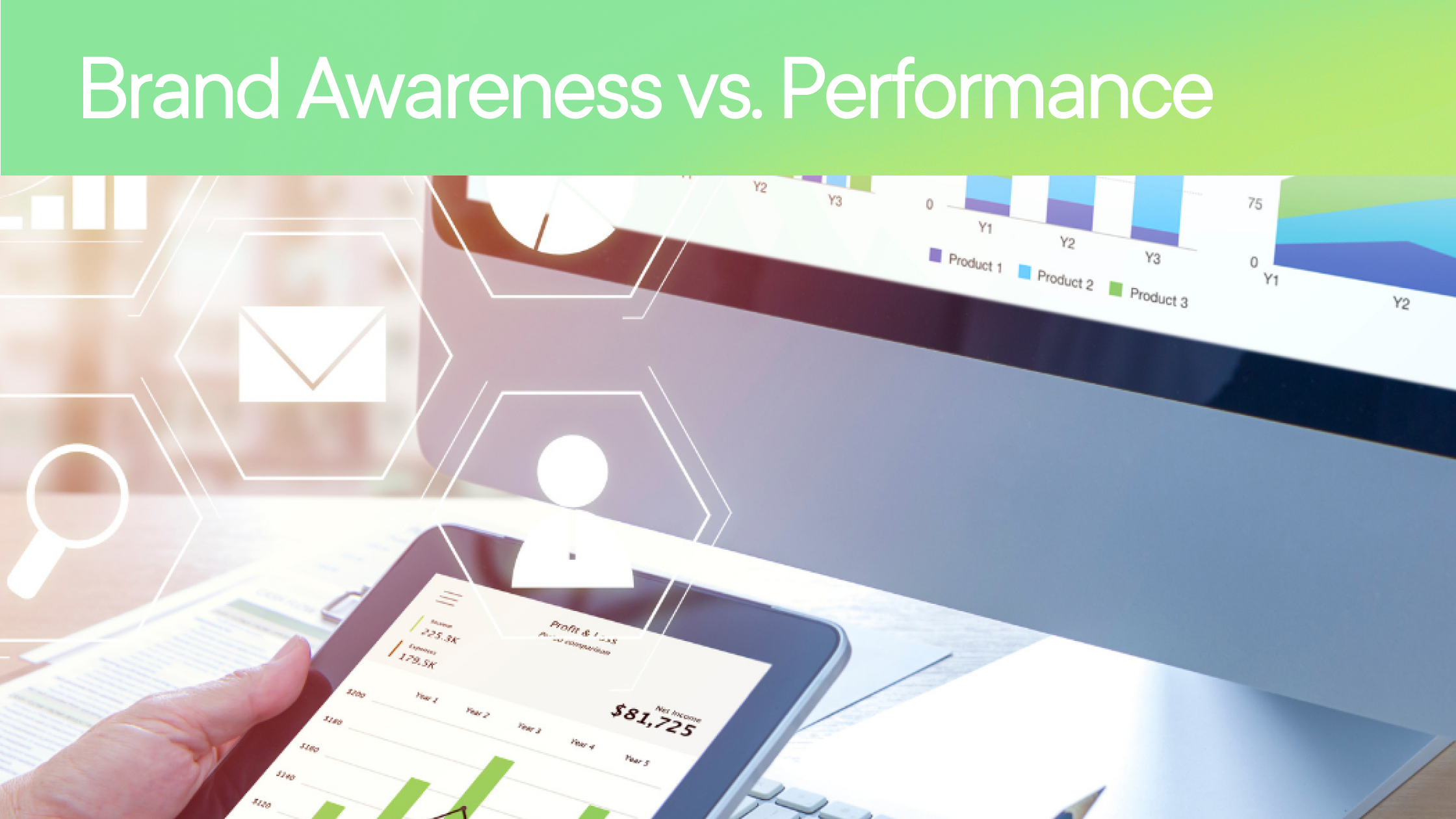 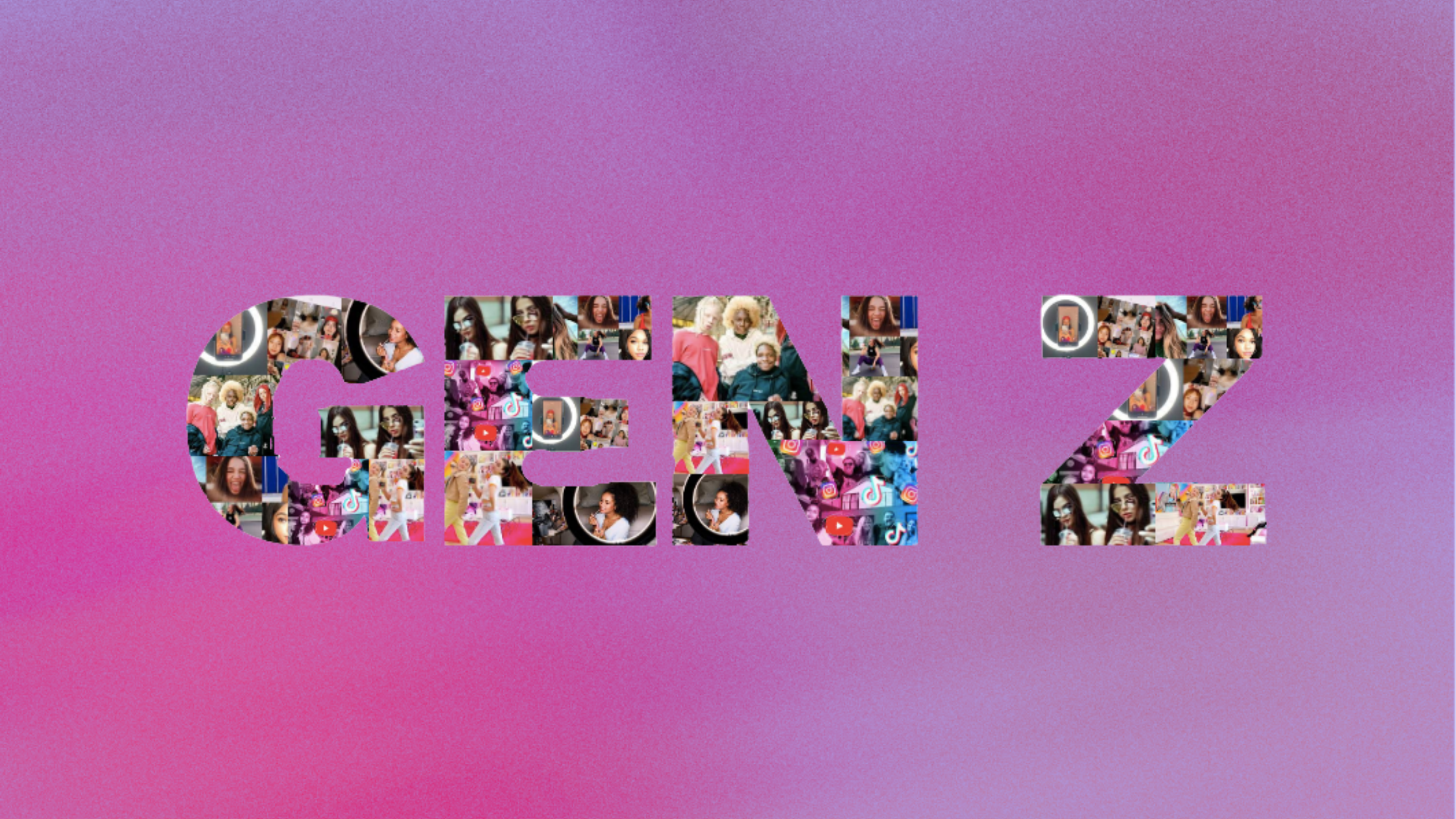 Gen Z is (in)famously hard to reach with advertising. But that's all changing with brand sponsorships, nano-influencers, student discounts, and more. 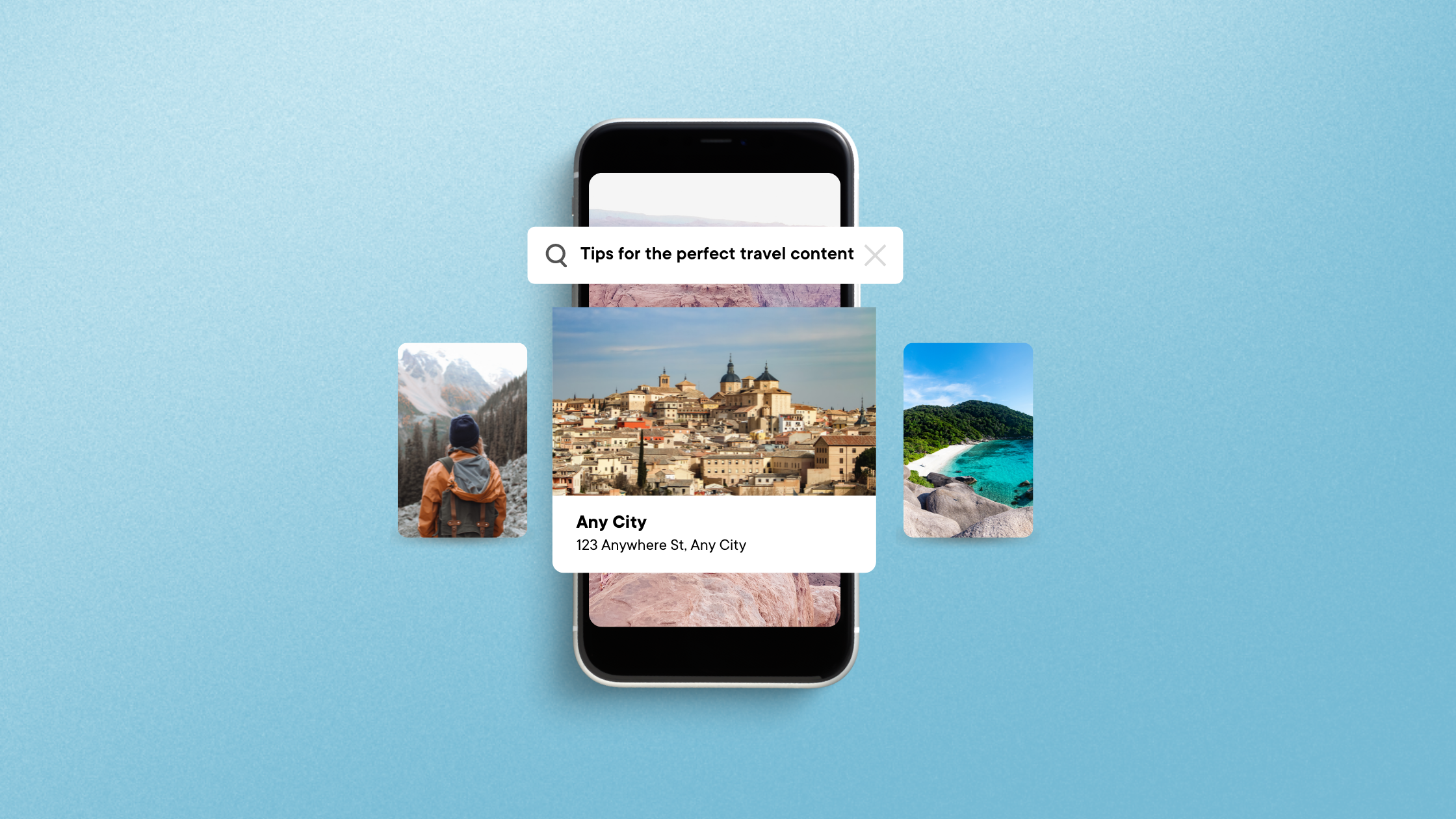 Learn and practices these pro-tips and techniques, and you'll become a better travel vlogger.